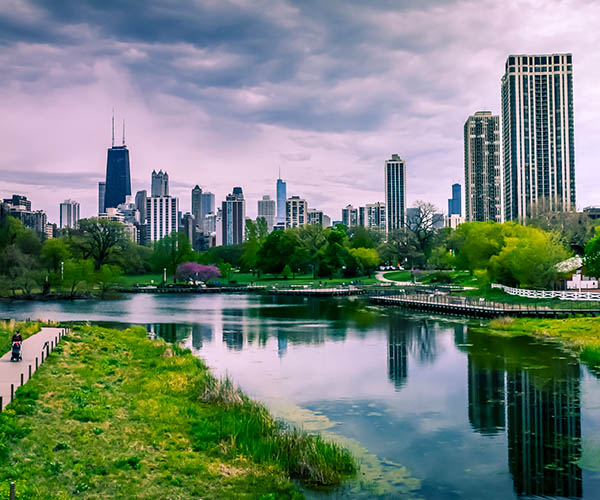 A few weeks ago, we wrote a blog about green infrastructure and how it can help cities adapt to weather events and protect our water sources. Most urban areas consist of impervious surfaces, think of the roads, sidewalks, parking lots, and roofs that surround us. These surfaces can get dirty with oil, sediment, and trash. When it rains, the rain collects this debris and brings it to the storm drain that leads back to our clean water supplies. One inch of rain on an acre of land produces nearly 27,100 gallons of water that weighs over 110 tons. That’s a lot of run-off with a lot of debris.

When this runoff goes to a combined sewer system, the system can become inundated and sewer water can spill into the streets. In an attempt to mitigate this issue, the Clean Water Act established the MS4 program that permits areas throughout the United States. MS4 areas require that the sewer and storm systems be separated. These areas are often located in urban centers where there are a lot of impervious surfaces. Green infrastructure, which sinks, slows, and reuses stormwater can decrease runoff and hence the amount of debris that goes to our water supplies.

Any new construction or renovation projects on .5 acres in an MS4 area are required to build green infrastructure or buy credits to capture 1.7” storm runoff. By installing green infrastructure, the project generates stormwater retention credits (SRCs). Developers can choose to buy SRCs to account for up to 50% of the volume to be mitigated. Each SRC represents one gallon of stormwater retention for a year. The SRCs are bought from SRC generating projects through a marketplace. To provide certainty for developers, the DOEE has established the SRC Price Lock Program that sets a price floor in the SRC market prior to construction of green infrastructure. As for SRC buying, the DOEE provides an in-lieu price per credit. As of 2017, this in-lieu cost was $3.61. But, the market has shown even more favorable SRC prices for buyers.

While projects can register early on with the DOEE’s Price Lock program, the DOEE certifies projects and awards SRCs at the end of construction. This process results in DOEE certification for up to 3 years of SRCs. The developer or green infrastructure operator/maintainer must maintain retention capacity and pass subsequent inspections for the lifetime of the project.

Investors are well situated to realize this potential and invest in green infrastructure early. Among the first big investors, Prudential Financial put forth $1.7 million into DC’s green infrastructure. InfraShares is about to announce a new offering where you can realize these benefits as well.