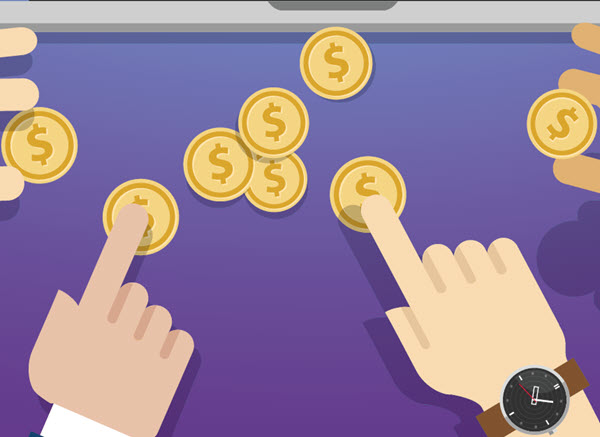 Crowdfunding to raise cash for infrastructure is still a novelty, but some think it could unlock a whole new opportunity for projects of the future

In April this year, UK investor Iduna broke records with the speed of its crowdfunding raise to invest money into new electric vehicle (EV) charging infrastructure in Manchester. “The Iduna offering shows [crowdfunding] is not just about the tidal wind industry, which has raised several rounds through us in the past,” says Bruce Davis, founder and joint managing director of Abundance, the crowdfunding platform used by Iduna to raise the money. “We have seen other EV charging companies coming forward saying they are interested in following Iduna’s lead.”

Iduna raised £4m ($5.5m) in a matter of days to invest in its EV charging initiative, as the public flocked to put their money into a project that not only offered them a 9% return per annum over the five years of investment, but also the chance to be a part of the UK’s efforts to move towards a Net Zero carbon emissions future.

“Crowdfunding was a perfect fit for us because each charge point requires only a small amount of capital so we were able to scale up or down our offer as necessary,” says Iduna founder Asif Ghafoor.

“The fact that this investment is green and is doing good was enough for investors,” he continues, recognizing that the level of interest was significant – and not just from Manchester
residents.

“There was a higher level of investment from Manchester, but investors came from all over the UK,” says Davis. “These investors are now knowledgeable about EV charging and what the challenge is; why we need to deliver it; and why we need to fund it.”

At present, rules around the amounts that can be invested by ordinary consumers via a crowdfunding platform mean only relatively small amounts can be raised in one transaction. As Ghafoor explains, that creates “a natural barrier” to the places in which crowdfunding can be used.

Nonetheless, Ghafoor adds that there are plenty of small infrastructure projects that would benefit from a similar approach, allowing them to raise the small amount of capital that will allow them to go ahead.

However, some in the industry believe it could yet have much wider applications and suggest that using crowdfunding could become an important part of some large projects in the
future. Rules in the UK and US are being looked at for change, although regulators remain reluctant to take safeguards away from ordinary consumers.

He argues that including a tranche of crowdfunded cash in a project is a way of ensuring the public in that area have literally bought into the plans. “On the big, high profile P3s, it brings the idea of getting local and minority engagement. It’s in line with a lot of the goals that the Biden administration has with its infrastructure plan,” he continues.

“If you can raise capital from the community, there is a real opportunity, especially for rural broadband.”

He suggests that using a crowdfunding approach is also a more progressive way to deliver local infrastructure. “We are democratizing the planning process instead of taxing everyone. People can vote with their dollars for the projects they want to go forward,” says Ross.

“At a community level there are a lot of decisions to be made and it should be a more democratic process,” says Davis, pointing to the carbon emissions challenge facing local authorities. He suggests it could provide a way to rehabilitate the image of P3s, which have too often been seen as behind-closed-door deals and/or privatization by the back door.

“The democracy element within P3 has not been embraced and has sometimes been treated as a separate process rather than something that is part of the process of raising money,” he explains.

“There is a real opportunity, especially for rural broadband”

“Secondly, there is the potential for generating a return, unlike with taxation,” continues Ross. “Crowdfunding is a much more proactive, equitable and democratized way to fund infrastructure compared with taxation.” If that’s the case, then why isn’t every project doing this?

Ghafoor points out that the process is far from simple. As a former Amey Investments managing director, he recognized the experience as similar to a complicated bond financing. “We spent
about six months getting the process ready,” he says. “Abundance was acting on behalf of the underlying investors and so we didn’t have carte blanche on what was in the legal documents, for example.

“This was time well spent and it gave us confidence that there is a good degree of rigor to the whole process.”

However, while that time might be worth it for a relatively small investment, question marks remain over whether a project of $250m would go through such a process for $5m, while simultaneously raising the remaining $245m. As rules change, the level of money being raised on a project could increase, but for the time being, many may not think it is worth the effort.

While governments are intent on ensuring retail investors are protected, those in the market believe there is still scope to open things up. “The evidence from the [recent UK government] consultation shows that the regulated crowdfunding system we have gives a level of oversight and that the public has protections that provide a strong safeguard,” says Davis. Indeed, recent research carried out by the UK Crowdfunding Association found 96% of respondents felt the current framework is effective in showing that those people who have made it through the various processes to be qualified to invest have a good understanding of risk.

Ross, though, highlights another difficulty at present: “On the public sector side, most love the idea, but they don’t want to be the pioneer. They are often not motivated to try something new, especially when private finance is still in the relatively early stages in the US.”

Iduna’s success could help change that. Ross says he has seen a noticeable uptick in interest since the raise in Manchester, suggesting more opportunities could be on the way.

He also points out that the money being raised for a larger project doesn’t necessarily have to form part of the central investment. One of the biggest problems facing projects around the globe is getting them to a position where large private investors are willing to come in to fund them. By using crowdfunding to raise capital for early works projects, it could enable larger companies to come in and fund the main scheme.

“At the seed stage before a project meets the investment requirements of a large or institutional investor, crowdfunding can be used,” he adds.

Clearly, given the interest in Iduna’s crowdfunding exercise, there is demand for more, whatever form that might take. Right now, Ghafoor and his team are working on where best to deploy the money raised by picking the sites for their EV charging points. Once that is completed, Ghafoor says Iduna is likely to return to Abundance for more.

“The second round should be easier for us because we will have gone through the process once before and we will know what is required of us,” he says.

Ross, meanwhile, has set his long-term ambition even higher. “We at InfraShares want to be a marketplace for infrastructure investment globally,” he says. “For example, there is a huge need in the developing world, where it is often very difficult to access capital.”

That potential will at least in part depend on countries opening up their regulation on crowdfunding so that the amount raised from retail investors is large enough to have an impact. If that happens, the potential for a new type of public-private partnership, where the public element also includes individual members of the public, is significant.

PDF Version of this article